Raggedy Ann, after the party. 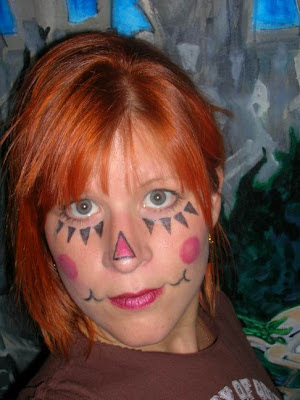 We went to our friends John and Audry's annual Halloween party. They live two streets over from us so we walked over. Looking like this: 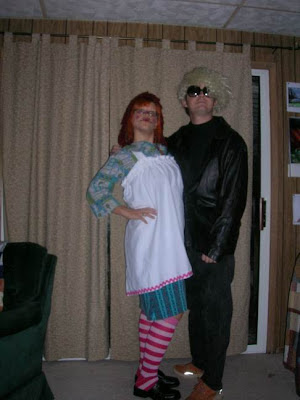 Sage took that. Here's a closeup: 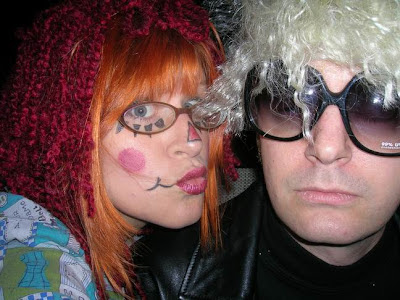 We were Raggedy Ann and Andy Warhol. He discovered me, see, because before, I was just Ann Brand from Detroit. Then he made me a superstar as Raggedy Ann. Then he deserted me and left me broke and strung out. Damn, Andy.

Sage, on the other hand, was a pirate. 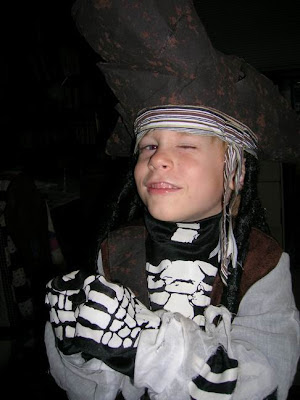 Argh. A dead pirate to be exact. Erik bought him this costume at the Disney store. I know I should be making his costumes and all, but he wanted to be a pirate and this costume is better than I could have done. See? 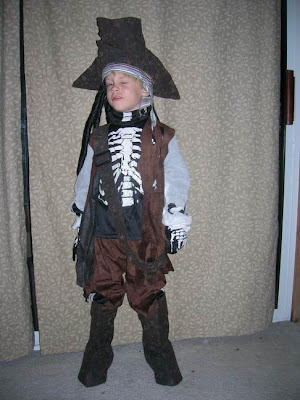 It's all ripped up and the skeleton glows in the dark.

McKenna was a pumpkin: 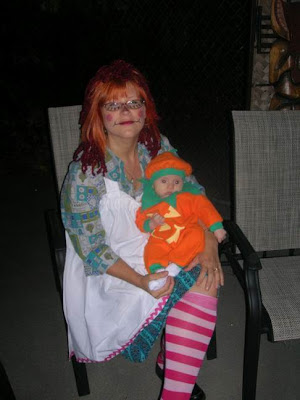 It's the same costume Sage wore when he was her age. Storebought, but still cute. I promise to make them really cool costumes in the years to come. 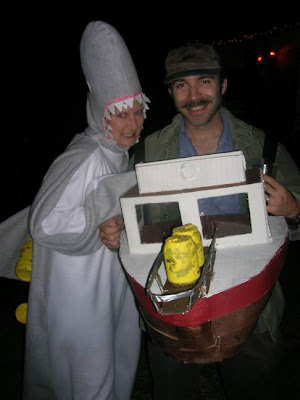 They were from Jaws. Erik guessed John was Che Gueverra. 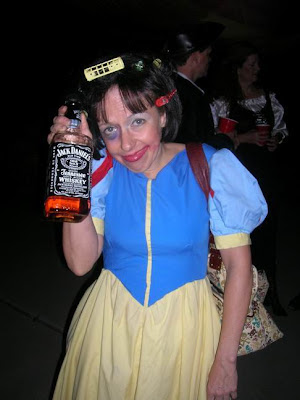 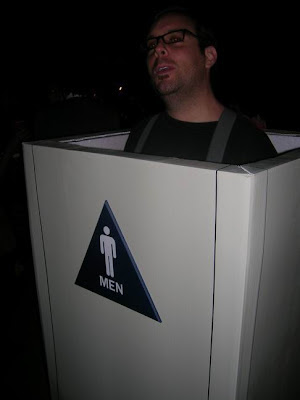 I could have gone with this guy: 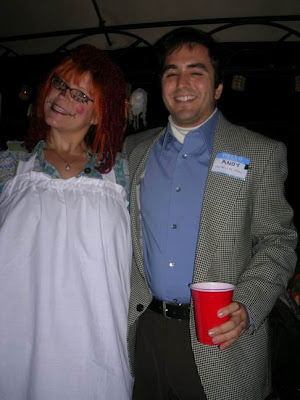 Sage played with his friend Paige. 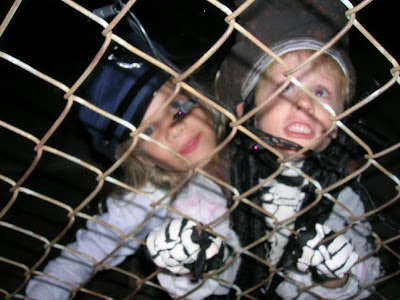 That's Sage and Paige in a cage.

I busted out laughing at all these costumes!!! So great that you all have parties like this. I particularly loved Snow White Trash. She will have me laughing for a long time! So great.