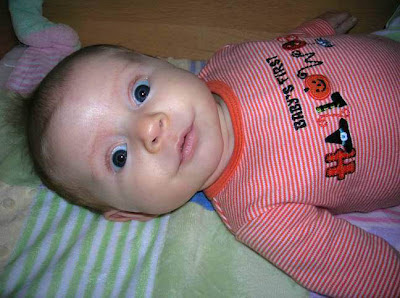 McKenna was a pumpkin (again). 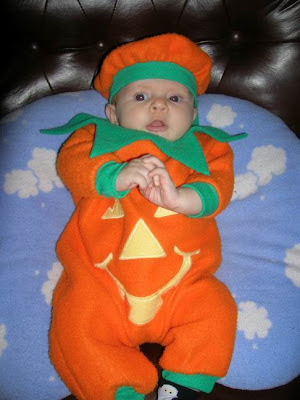 I had to do it to continue the tradition. Here's Sage 5 years ago: 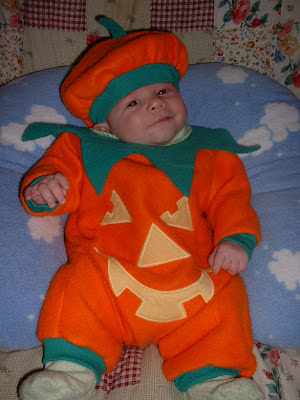 In 2003 we had a Henson Family Halloween: 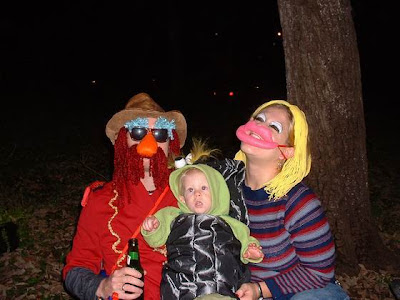 I was Janice, Erik was Floyd Pepper and Sage was Oscar the Grouch. 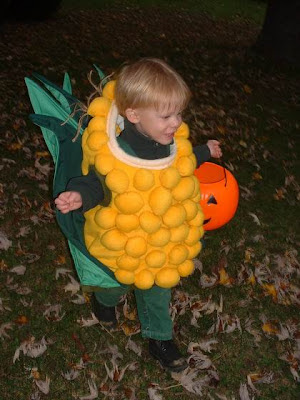 I asked him what he wanted to be for Halloween and he said "corn" but I think he was just asking for dinner.

In 2005 He wanted to be a skeleton. I went the lame route and just let him wear this glow-in-the-dark sweat suit and a mask. 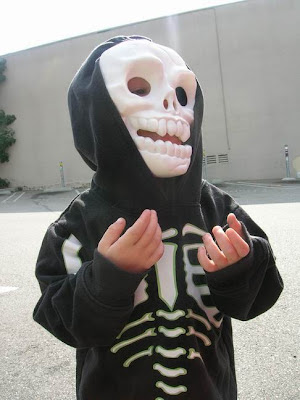 I made up for it the next year though and made him this robot costume: 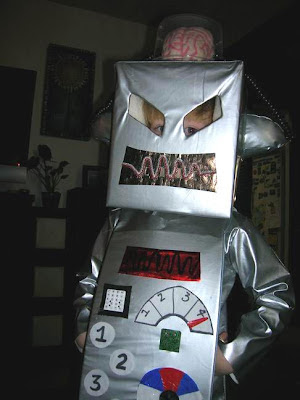 But this year we went the storebought route again and he was a pirate. I told him to do something piratey for this picture so he said, 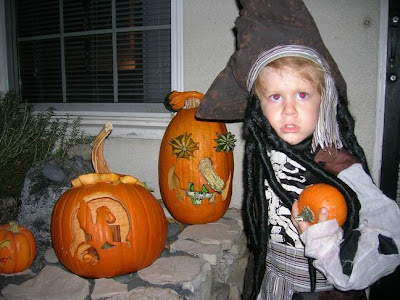 Happy Halloween!
Posted by KB at 9:46 AM

THE MOST CUTE, CRACKIN ME UP, PHOTO EVER!

I loved the "but I think he was asking for dinner" line!! Too funny!

Dude! Chloe wanted to be a glow-in-the-dark skeleton, but we couldn't find her just the right costume. I love making the costumes. It's a fun challenge. Your ideas have been super. And the pumpkin baby looks like the same kid with a different expression.

Corn? Did you make that one?

Yeah, I made that corn costume.It's an elaborate sculpture consisting of fabric, wire, twine, fleece and stuffing. Lots of people mistook him for Spongebob's pineapple house though.

Every other year I go all out with the costume-making. This was not one of those years.