That last post makes it seem as if kokoleo is kaput. Nope, just scaled back a little. Luckily, I have some longtime customers who keep me in business with commissions. I haven't done a personalized pillow/banner update in a while, so here's my latest batch: 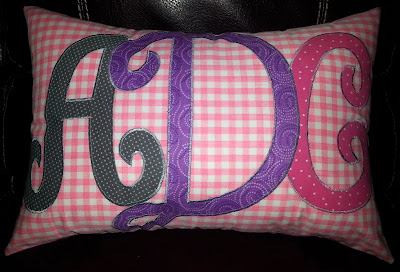 The customer asked for initials so I did it monogram-style. 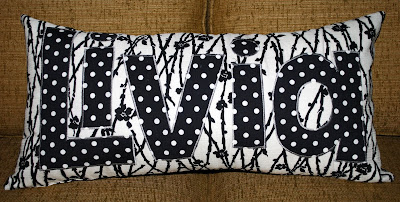 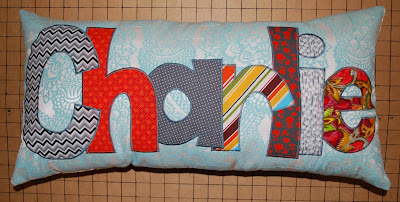 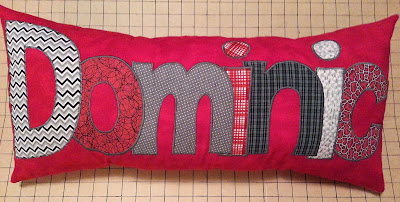 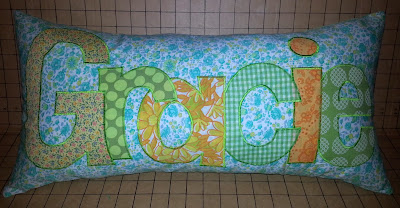 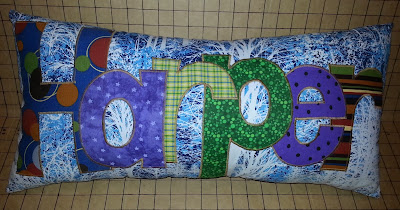 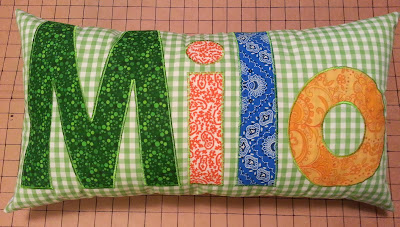 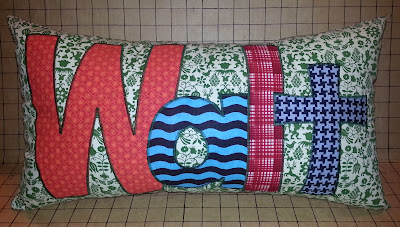 One week I got 2 commissions for the same name from customers on different sides of the country. 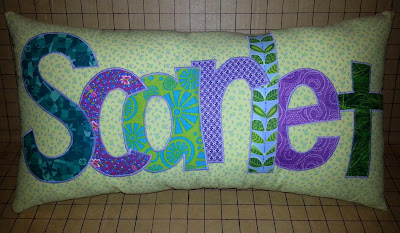 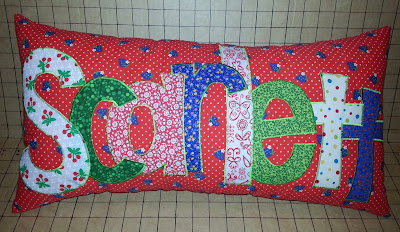 I made these pillows as a donation for an auction at my old summer camp Peterkin in West Virginia. They made $400! 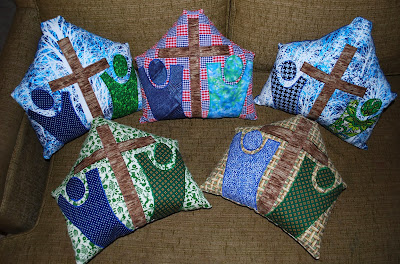 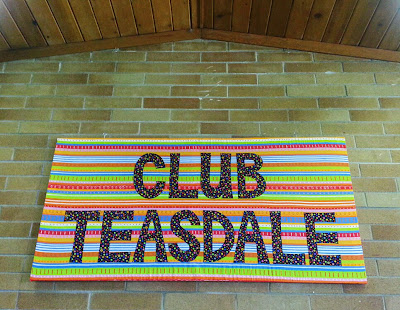 to bring a little kokoleo into my new workspace.
Posted by Unknown at 1:50 PM 1 comments

Out in front, behind the scenes.

Six. That's how many blog entries I wrote last year. It's an all time low. Let's see if I can do a little better this year. It's not that I wasn't doing anything blog-worthy. In fact, 2013 will go down in my mind as one of my better years, though there's little evidence of this on my blog. This year I learned that sometimes it's best to work behind the scenes.

In years past, this blog has traced the evolution of kokoleo - essentially, the things I make and sometimes sell online or in shops or at craft shows. I used to spend hours putting together detailed step-by-step tutorials in the hopes they would get featured on the well-known D.I.Y. websites or reblogged with a link and shoutout by some better-known crafter. These were the little victories  cherished in my effort to "build my brand", though they were rarely lucrative. More often than not, I was ripped off by people (some who I thought were friends in the craft community) with the same goal - to get featured, reblogged, recognized, published, etc. It's disheartening to see something you shared slightly repackaged by a fellow crafter or worse, reprinted word for word on a for-profit site with no credit given. It was enough to make me second guess sharing my ideas in the first place. So I stopped. Consequently my blog became barren and boring and "building my brand" got put on the back burner.

As many hours as I used to spend crafting my online presence, in 2013 I spent it carving out a place for myself in my immediate community. I became the PTO secretary at my kids school and helped pull off a 30-act talent show. I taught a Mother Goose preschool class and Nature craft camp at the community center. I joined my Homeowners Association board and designed a neighborhood newsletter. I started attending city forums and neighborhood planning meetings and began to speak up for things I thought would benefit my neighborhood. I met repeatedly with city officials and developed a financially sustainable business model - a fee based program where the teacher (me) earns a living wage and the city shares in the profits - to convert an abandoned city building into a successful after school program - Club Teasdale. Four months into the program, and we're still going strong. There was a story about us in the newspaper and we were featured, along with the mayor, on the cover of the city services guide that goes out to every household in the city. 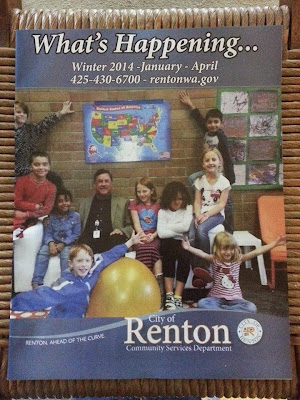 All this means little to anyone outside our city. There are no blog badges, page hits, or number of "likes" I can look to for validity. This is what life must have been like before the internet, when the impact you made among your neighbors was all that mattered. What a novel concept!
Posted by Unknown at 3:35 PM 2 comments