Made by Monday - Distractions.

It's hard moving from one room to another. I keep finding cool things I packed away, projects I want to finish, and ones I want to start. Then I came across my box-o-yearbooks from junior high all the way up to when I was teaching junior high. Then I found my box-o-diaries from Shepherdstown that started when I moved into the house on Main Street and and wrote in until we moved to Savannah. That took up a good hour of my time. They were like primitive blogs, only juicier. Then I picked up these hats I'd been holding on to, matched them with these patches I'd had for years, and drew some trees to bring them all together. The results: 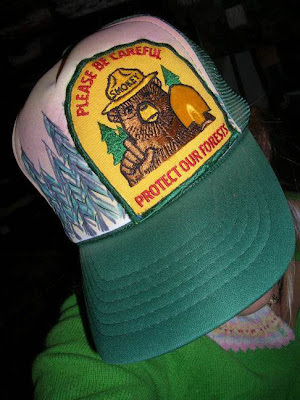 For the homeboy park ranger, and this: 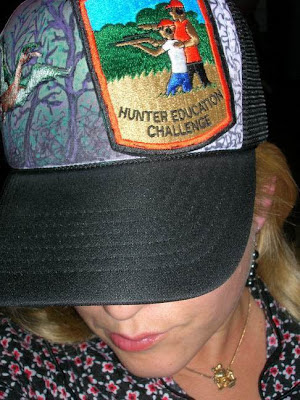 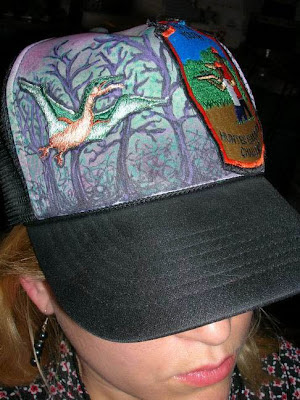 because guns should only be used to shoot the pterodactyls.

Did I mention I'm starting a kokoleo men's line? Well now that I wrote that I actually have to do it. I've been mulling it over for a while. Occasionally at a show a guy will come by my stuff and ask, "Got anything for guys?" and I'm ashamed to tell them no. So I've been making some guy stuff - hats, shirts, etc. mostly pulling from my collection of hilarious patches.

Also, remember that Lonely Tree kick I was on? Well I'm over it, for now. Instead, I want to do these: 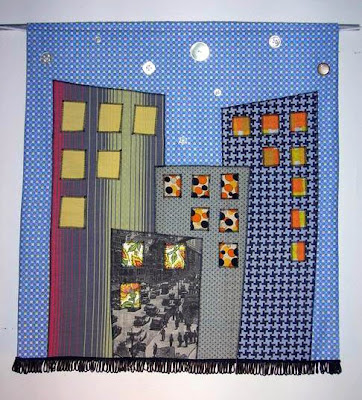 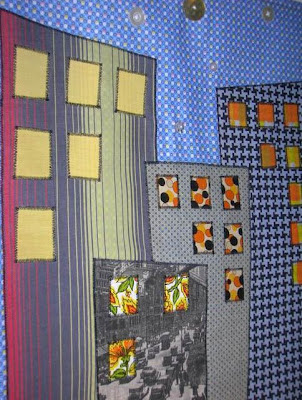 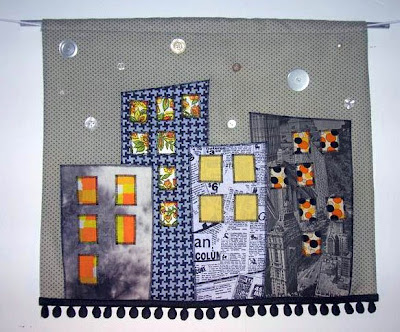 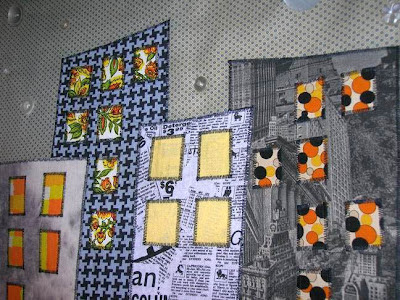 I call them Crowded Skylines.

Now, what was I doing? Oh yeah, moving stuff. Stop distracting me!
Posted by KB at 11:35 PM

Email ThisBlogThis!Share to TwitterShare to FacebookShare to Pinterest
Labels: creations, kokoleo, Made by Monday

I love the skylines, that newsprint fabric is dreamy and the building with building fabric! So nice. I made some cammo tissue packs just for the guys who stop at my booth, no takers yet, but I did give one to a little boy.

hell, yeah! smoky the bear. i want that hat. two weeks. i'll be at your front door. and the cityscapes rock too. and the trees rock too. do 'em both. organic vs. non-organic.

i mean smokey the bear.