Last Monday we got an email from our long lost friend John saying he's be in town and wanted to see us. It had been 5 years since the last time we talked, wrote, or saw him so we were excited to catch up. Here's a picture of Erik and John circa 1995: 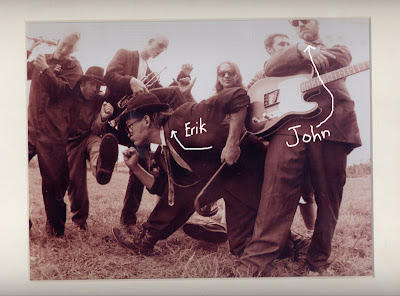 They were in a ska band called Sploosh the Woosh and I was a groupie. (I may actually have been dating John, not Erik, when this picture was taken.) John and I worked together at the Bistro Bistro Golly (really, that was the name.) Ahh, She-town days of old, those were some crazy times. John doesn't drink anymore, but he's still as goofy as ever. 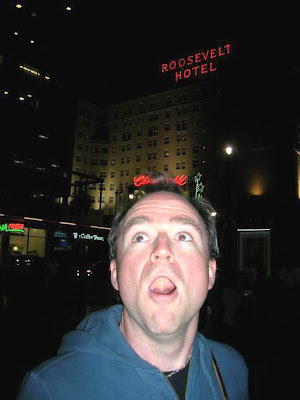 We took him on the downtown Hollywood tour. 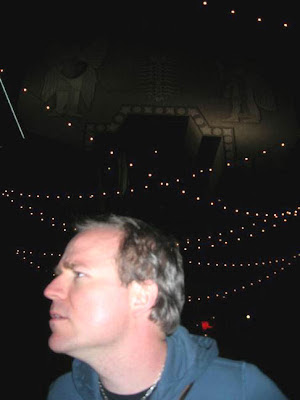 He even sang karaoke at the Pig and Whistle. 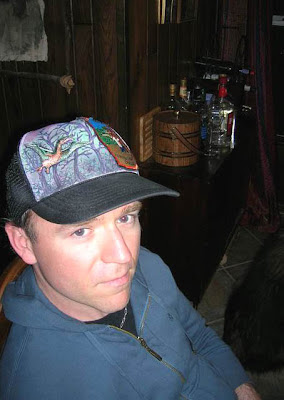 And he bought my pterodactyl hat. He's going wear it around NYC (where he lives) and tell everyone his friend KB - a clothing designer in L.A. - made it for him.
Posted by KB at 9:16 PM

i sure wish that jg was gonna be at your joint when we get there. oh, well, see you soon. saturday.