Made by Happy St. Patrick's Day!

We've all been a bunch of sicky-heads this past week. Erik stayed home all last week with the flu, I've had some weird morphing cold, McKenna's been a fountain of snot and Sage has been fine and healthy and full of boundless energy. 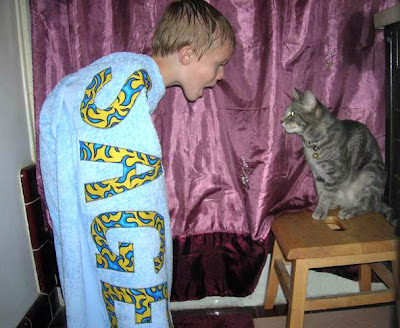 A while ago he saw some personalized towels in a catalog and asked if I would get him one. I told him I'd do better than that, I'd make him one with great big letters. Bella seems impressed. 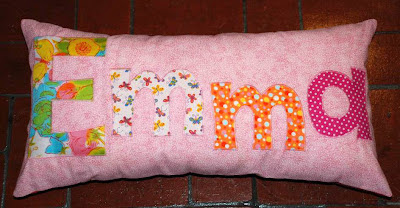 And this one, a little different from the others because the letters are made from vintage quilt tops.

Sage made an airplane out of a box. 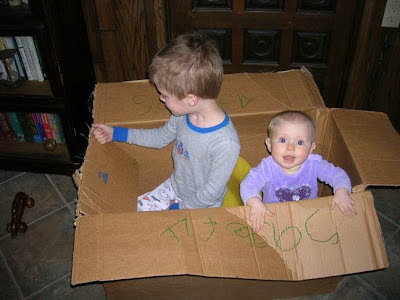 He named it Sagefly Airlines and recruited McKenna to be his passenger.

I've been slowly getting my studio together one corner at a time. Here's the one corner that's presentable enough to show you: 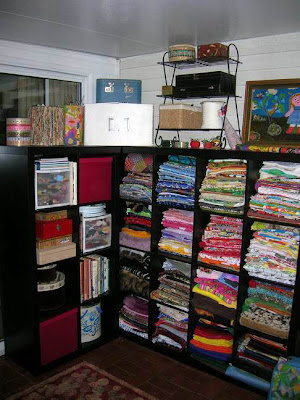 We're also still (still!) working on that hole in the other corner: 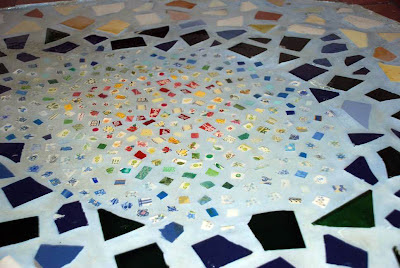 This time we covered it in casting resin, which is what we should have used in the first place. It made a nice thick clear coat over the whole hole and eliminated all the sharp edges. I would very much like to be done with this project now. Have you ever seen the movie The Money Pit? It's like that. The other night, as we were looking down into our newly coated hole, Erik said we should have chopped up lots of dollar bills and encased those in resin instead of the tiles. It would have been cheaper, at least.
Posted by KB at 11:55 AM

Email ThisBlogThis!Share to TwitterShare to FacebookShare to Pinterest
Labels: creations, family, kokoleo, Made by Monday, studio

KB, your studio looks AWESOME so far! I love those shelves - are they from Ikea? We have them in Malayna's room for her toys. I want them all over the house :)

Yep, I love those shelves. I've had the big one for a few years and it's perfect for containing all my fabric. I just got the smaller one to hold all my other random stuff. They remind me of kindergarten cubbies.