8 Days Around L.A. (with kids): Day 4 - The Americana and Pacific Park in Glendale

Are you tired of my family yet? I am. I mean, I'm exhausted. Anyone want to take over for me for the rest of the week? You can take my kids on all these wild excursions and I'll stay home and sew. I'll pay you in kokoleo.

Nahh, I wouldn't do that to you. They're kind of a handful. But they're my handful and I love them and we're having fun so I'll keep going. Tomorrow we're going to a Sesame Street body exhibit in Hollywood and we're all looking forward to it.

Today we went to Kids Club at the Americana in Glendale. When we lived in Glendale this area was a gaping hole with giant piles of dirt and a fence all around it. Now look at it: 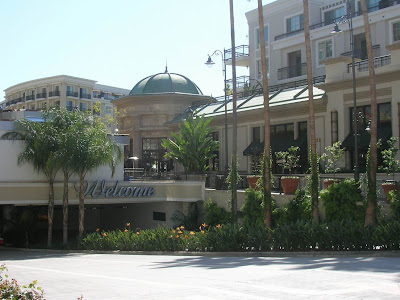 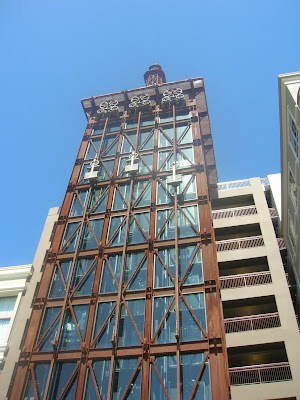 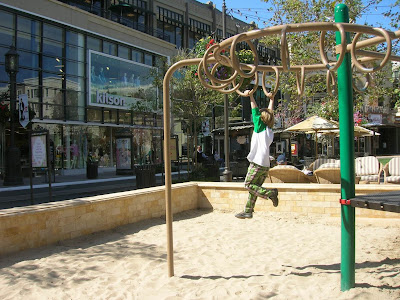 There's a nice playground with a plush sitting area for the parents. Here's McKenna in the courtyard, flanked by Tiffany and Co. and Armani Exchange. 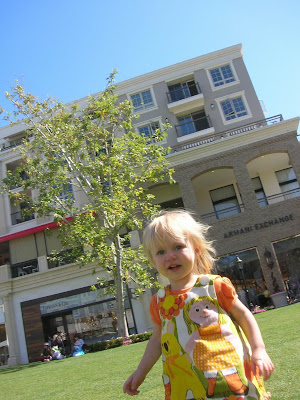 The Kids Club thing is a good deal actually. I signed up for it (it's free, they just want your info) and the kids each got a cute t-shirt. Every Tuesday they have live music for the kids. 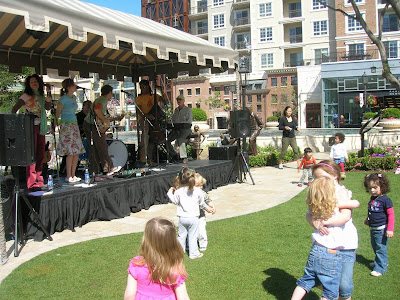 Today's band was Jambo and they were pretty awesome. 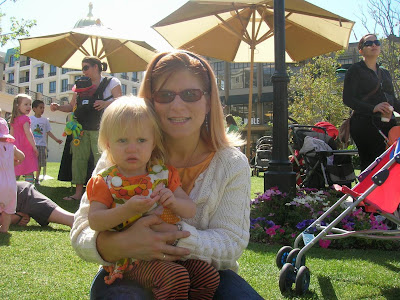 Unfortunately this outing fell during McKenna's naptime, so she wasn't her usual happy dancy self. Sage took that picture of us. 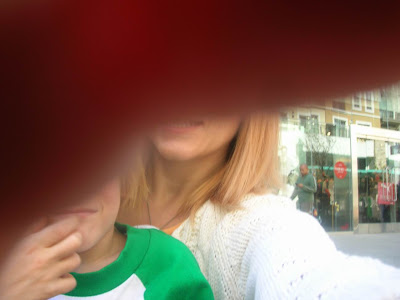 Later, McKenna took this picture of me and Sage.

There were a few water shows that happened while we were there. 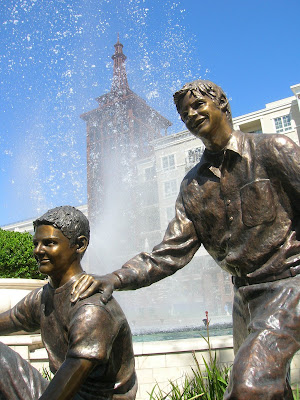 (Those guys would not get out of the way.)

We got crepes for lunch. 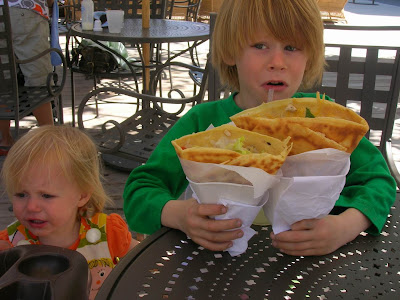 Yeah, they were starting to lose it at this point. Next we went for a walk. 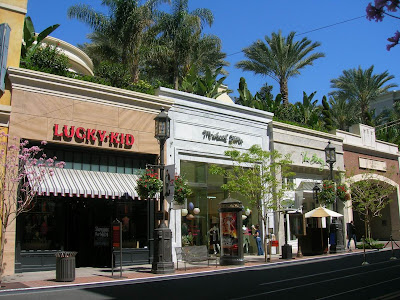 Past the fancy stores. We went in a few. They were desolate. The salespeople looked bored. I saw some cute stuff though, but nothing I could afford. Hey, that rhymes! 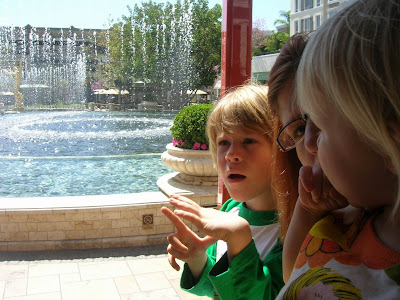 Then we took a trolley (a 5 minute ride) around the courtyard. 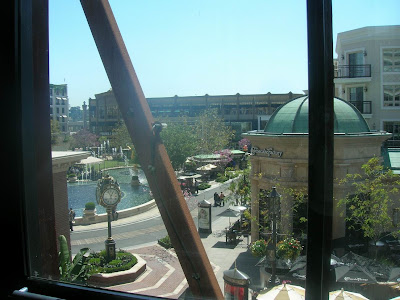 Then we left. I took this picture from the elevator, which I showed you from the outside at the beginning.

As I was driving down Colorado Blvd. I turned down a side street to drive past our old house. Sage barely recognized it. He did recognize the park down the street though. I had to stop. 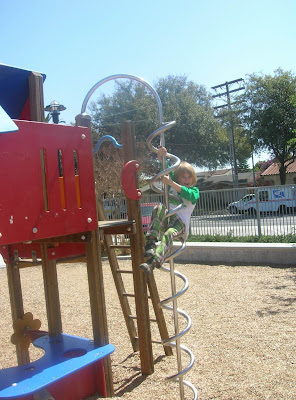 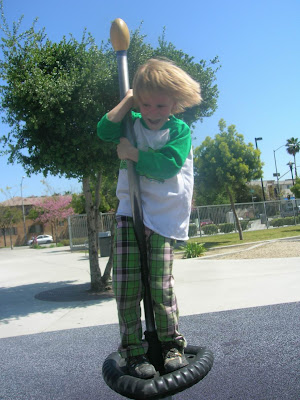 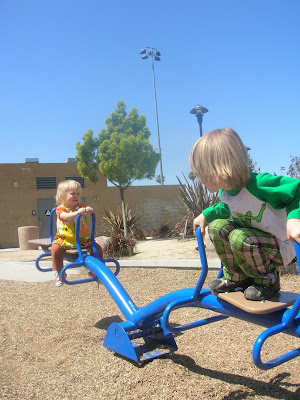 He showed McKenna where all the fun stuff was. 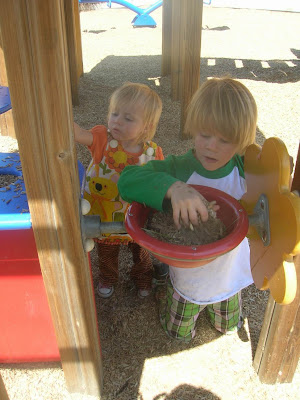 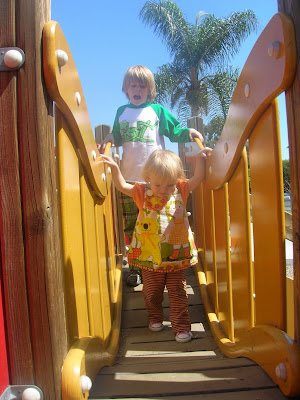 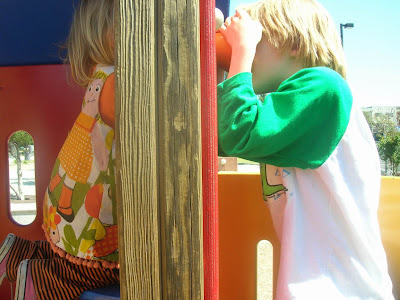 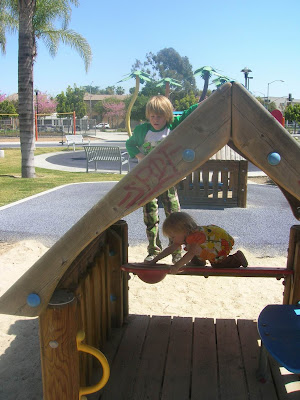 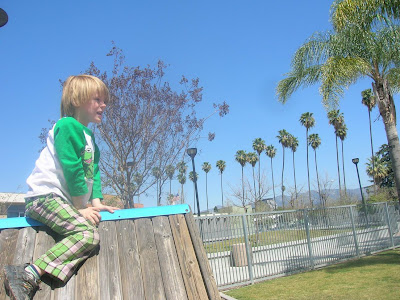 "You know mom, this place gives me memories." and I thought. . . 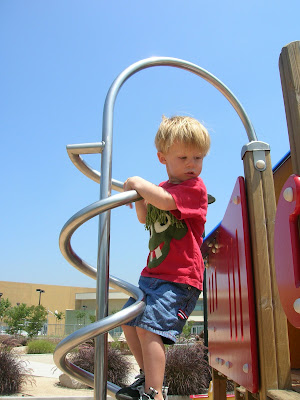 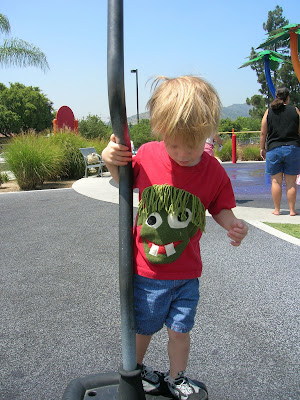 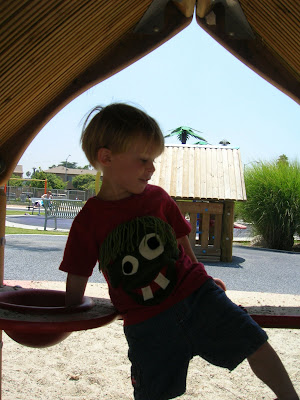