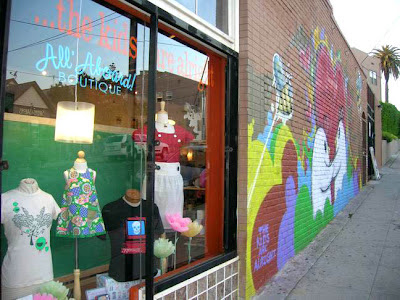 Stuff like this always makes me giddy. Kokoleo in a window! On Sunset Blvd., no less. And on the other side of the shop, these guys: 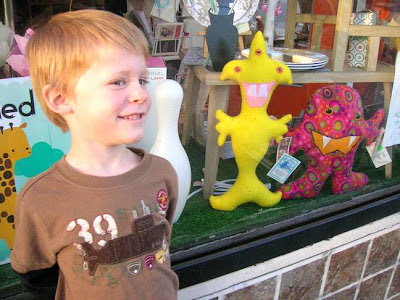 It's a much better home for them than trapped in a trunk in my studio. Earlier this week I took a bunch of stuff in to All'Aboard! in Echo Park - sundresses, purses, monsters, aprons, and necktie accessories. It's been nice to free up space in my studio and get it out into the city. 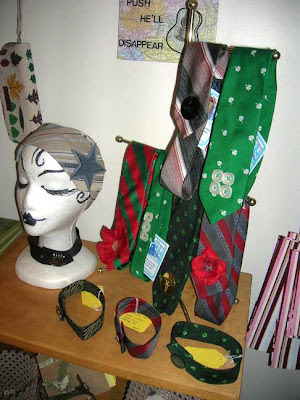 Last night we attended an open house/art show at the shop celebrating their 3-year anniversary. 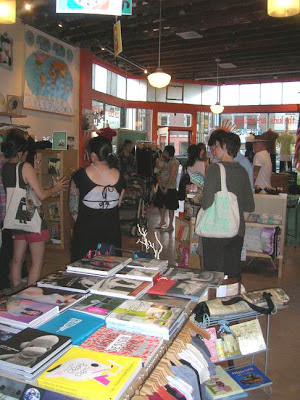 Michelle Romo's (Crowded Teeth) art was featured. Here she is with Gina (on the left), owner of All'Aboard!. 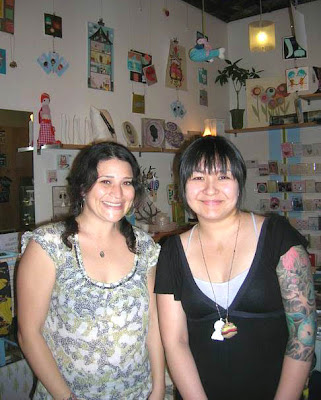 Gina is seriously the nicest shop owner I've met. She's super-supportive of the indie-designer community and has put together a unique and fun shop full of one-of-a-kind awesomeness. I'm so happy to have kokoleo be a part of it. Thanks Gina! Happy anniversary!
Posted by KB at 10:48 AM