UPDATE: My tutorial for these costumes won second place in the Instructables Halloween Costume Contest this year!

The last 3 years my kids have wanted to do brother/sister team costumes for Halloween. In 2011 they were Finn and Jake from Adventure Time. In 2012 they were Mordecai and Rigby from Regular Show. This year, they wanted to be these guys: 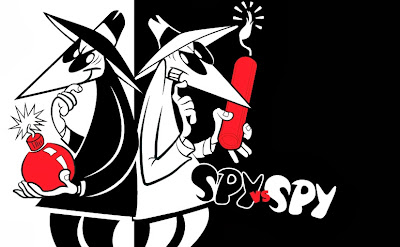 They don't read MAD magazine but they watch the animated sketch show on Cartoon Network and love the stop motion Spy Vs. Spy vignettes. This may be the last year they want to do a team costume so I had to oblige. I took a few pictures throughout my process to help anyone else who
may want to sew some Spy vs. Spy masks too. Here's the gist of how I made them:

I started with some stiff fusible interfacing - one layer in the shape of the mask and one smaller layer for stablity. Between the two layers I inserted a piece of sheer black satin and straight-stitched around the eyes, then trimmed the excess satin. 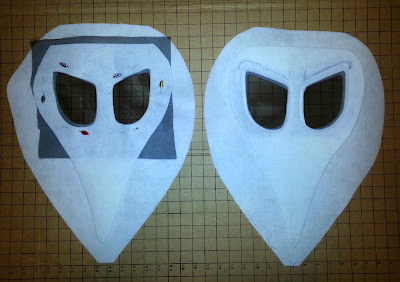 Next on top of mask-shaped interfacing, I lightly ironed (be careful - if your iron is too hot the fleece will melt) some white fleece about an inch larger than interfacing, traced and cut out eye holes, and embroider-stitched around the eyes (then went over it with a Sharpie to make it even darker). 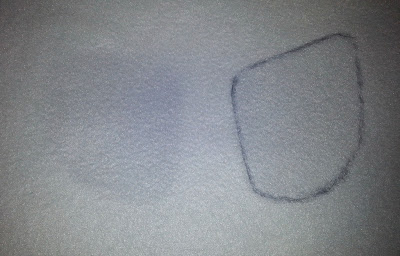 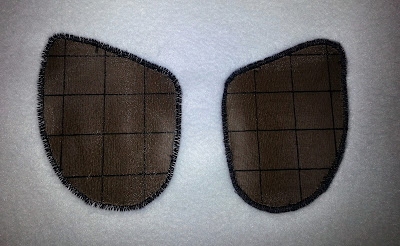 Then I traced with a pencil some eyebrows and a mouth and sewed an embroider stitch over top (and again went over those stitches with a Sharpie to make it darker. 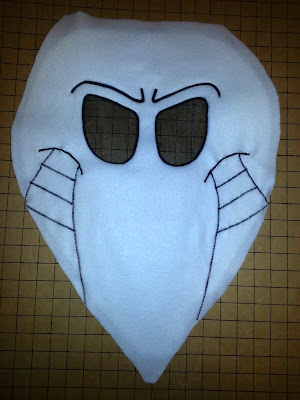 Next, I sewed the nose part into the shape of a cone and folded the fleece over the interfacing and sewed all the way around the edge of the mask. Then I hot-glued it to the inside of a hat. 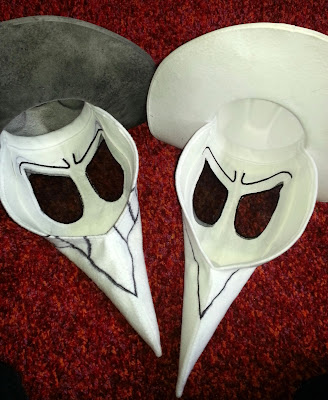 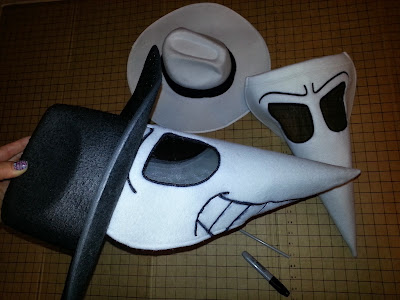 Lastly, I made them these bags to hold their candy. 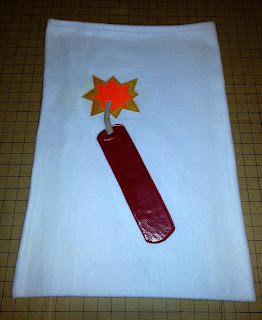 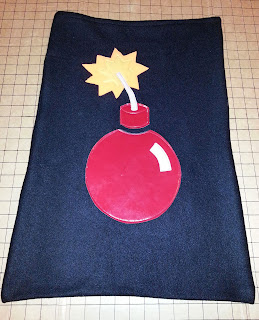 And here they are, ready for mischief: 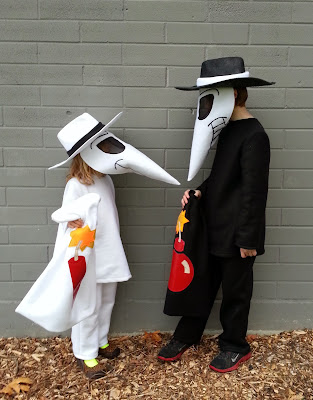 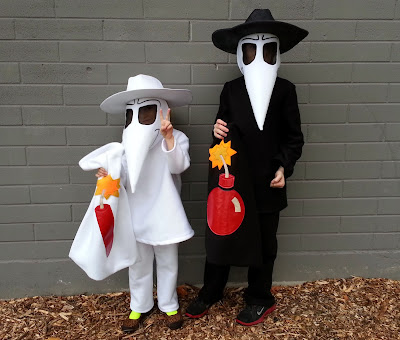