October is almost over.

One of these days life is going stop being so hectic. The next few months don't show any signs of letting up, either. At least it's a good hectic. Last week my parents came to visit all the way from Columbus, Ohio. They probably thought they were going to get a break from the non-stop partisan politics that bombards their battleground state. Ha! Instead they got a daughter who made them watch CNN and debate every issue with her, who took them on field trips to the Obama headquarters and the Democratic headquarters, and who recruited them to help give out bottle cap Obama pins to anyone who seemed sympathetic to the cause. It could have been worse though. . . I could be supporting McCain. Ha!

We did other stuff too, like Costco, and Disneyland: 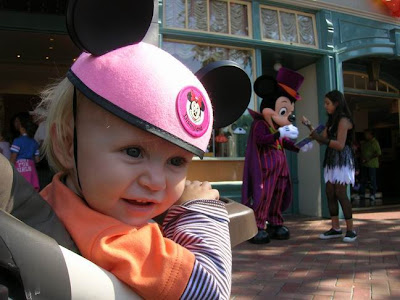 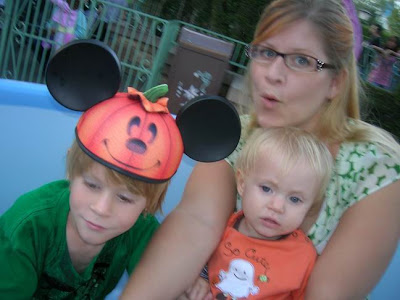 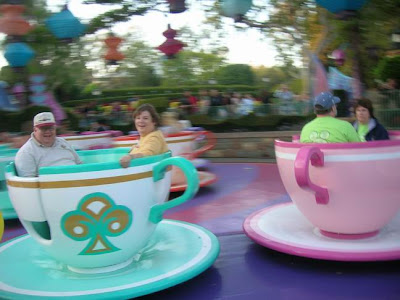 We also did a studio tour of NBC studios (a.k.a. a giant warehouse). We got to see the Tonight Show stage (it's tiny!) and peek into the sets of Days of Our Lives (big whoop). They wouldn't let us take pictures though. The next day we got a much better tour of Disney Studios from Erik, who works there. He let us take pictures: 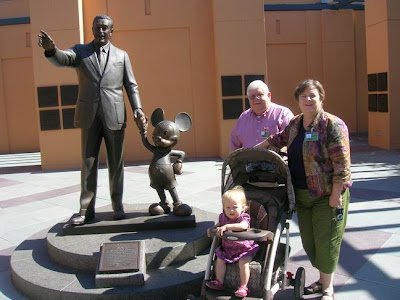 Here's McKenna with Bolt, coming soon to a theater near you. 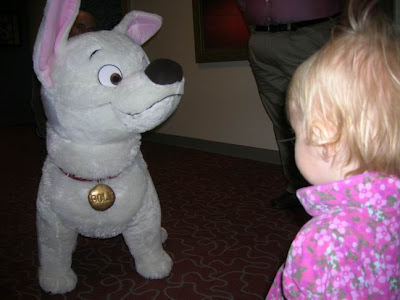 And here she is with Rhino the hamster: 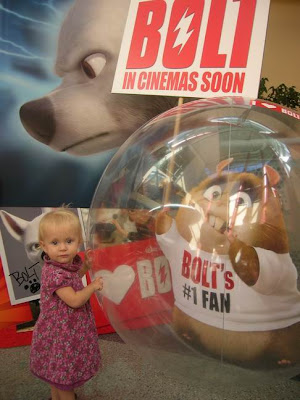 Friday morning, after seeing Sage get "Student of the Month" at his school (which thrills me, especially after a rough year of kindergarten) my parents headed home. Later that day we met Sage's friends to go trick-or-treating in he business district of Atwater Village. We've been doing this for years, even though we all now live in opposite ends of the city. 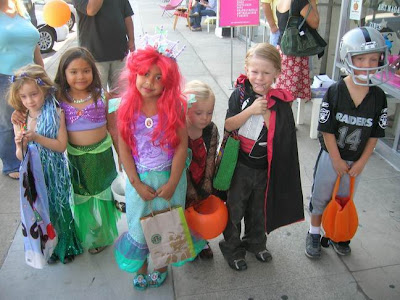 Sage is a vampire this year, wearing the cape my mom made for my brother to wear 30+ years ago. McKenna's costume was thrown together at the last minute. She's wearing a Holly Hobby patchwork print dress and apron I wore in the 70s. Add some rosy cheeks and a triangle on her nose and Viola!: 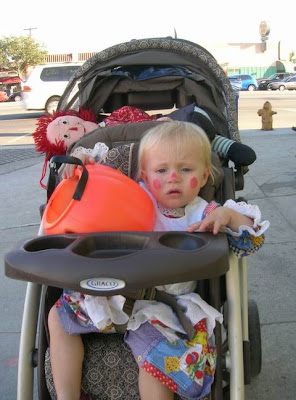 A ragdoll. Speaking of ragdoll, check out that handmade Raggedy Andy hanging out above her. I got it for $1 at a yard sale last weekend. $1! 100% made-by-hand!

Sage enjoyed teaching McKenna about Halloween and we got a kick out of hearing her say, "Ticky Tee!" 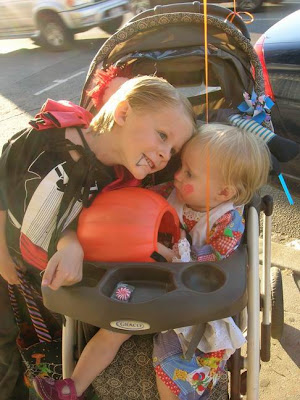 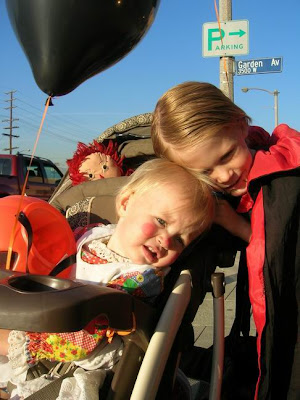 Loved the blog pictures! If you still have the scrapbook I made for you when you graduated from Shepherd, you might find a picture of you in the same outfit (with red jacket over the dress!). I believe you were dipping into you candy--couldn't even wait to get your jacket off! Love, MOM

hi-- glad to see blog again. we were in boston last week, and we leave for san francisco and san jose on saturday. so close yet so far ! that little mckenna is a cutie and sooo smart. i really enjoyed our too short visit...annette

We had a similar kit, and I found the process hard to photograph. Even the butterflies had to be urged to open their wings and look pretty for the camera.