Last night I packed up the car with kokoleo and set up shop in a tent at the Eagle Rock Music Festival. 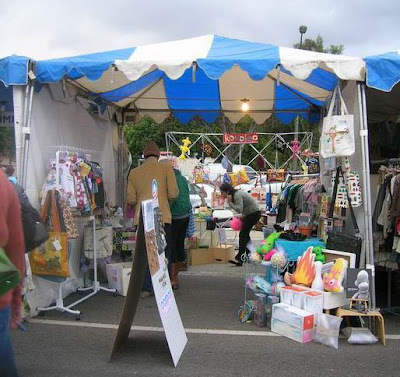 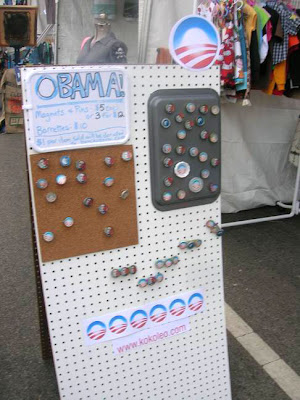 I shared the booth with Gina Harth from All A'Board Boutique. 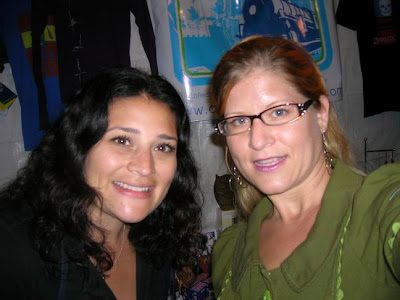 She was the one who told me about the event and asked if I wanted to do it with her. I was reluctant at first because I was afraid I wouldn't make enough to cover the the fee ($150) but I figured it would be nice to expose kokoleo to a new kind of crowd and hang out with her for the night, so I agreed. I'm glad I did. Not only did I make the booth fee back and then some, but I sold a bunch of my Obama bottle cap buttons, met some new people, listened to good music, and had a great time with Gina.

Despite the cloudy skies, which turned into a drizzle and then a short downpour, the streets were crowded. This was taken at the very beginning; there were way more people later on: 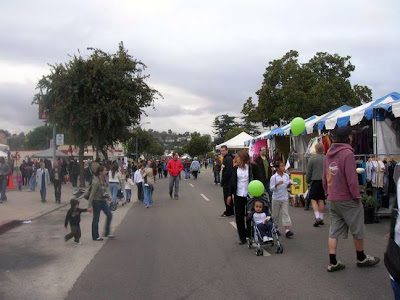 Our booth was like this most of the time: 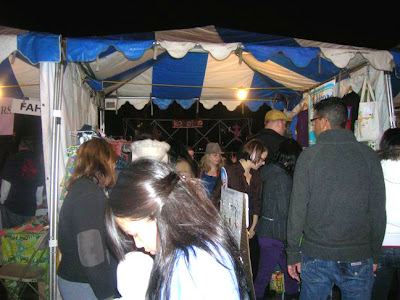 Christine Haynes stopped by and bought one of my Obama buttons. She told me she saw them on Flickr the other day and made it a point to find me so she could get one. Yay! Thanks Christine! 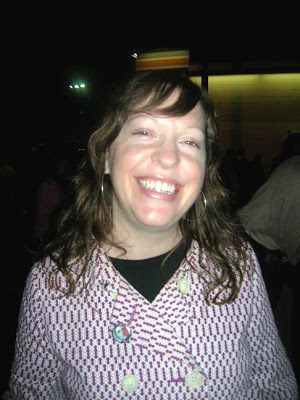 I was happy to see I wasn't the only vendor promoting Obama. Out of the 10 or so vendors there, I counted four others with pro-Obama stuff. One lady saw my display and shouted at Gina and me all huffy-like, "What, no McCain?" and we laughed and said, "Nope!" To which she gave us the thumbs down and made a farting noise. Ha! I wonder if she was equally as obnoxious to this guy, making on-the-spot Obama silkscreens: 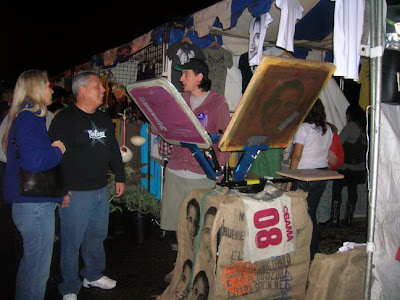 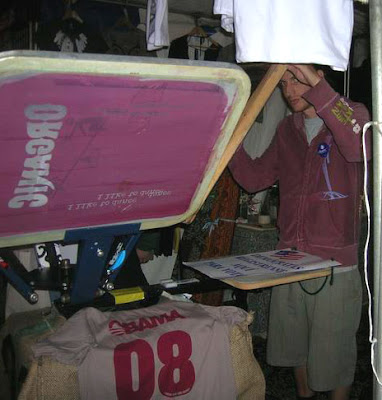 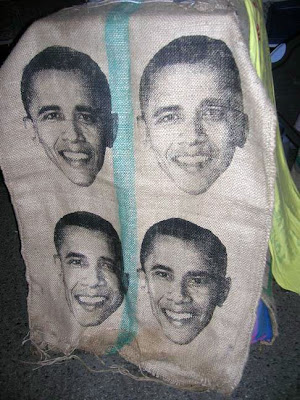 Or this lady, selling these funky flowers: 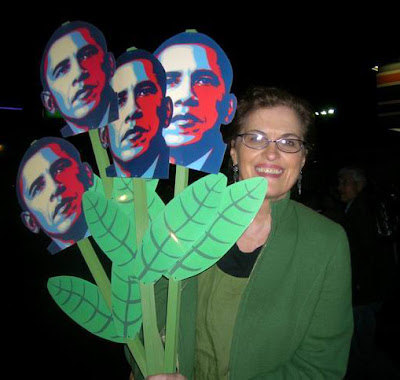 I gave her $10 and a barrette for one of those which is now planted in our front yard, freaking out our neighbors.

The vendors weren't the focus of the event though, since it was primarily a music festival. There were multiple stages set up along Colorado Blvd. featuring lots of local indie bands, and there were lots of rock star-looking people rushing about. We were too busy to check out the stages down the street but I did snap this picture of the stage closest to us: 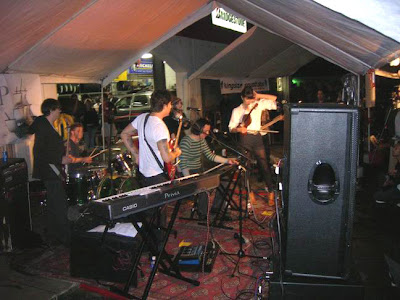 and we occasionally caught a passing brass band parade: 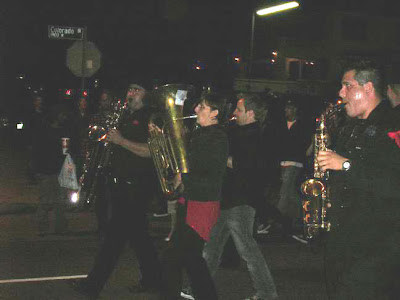 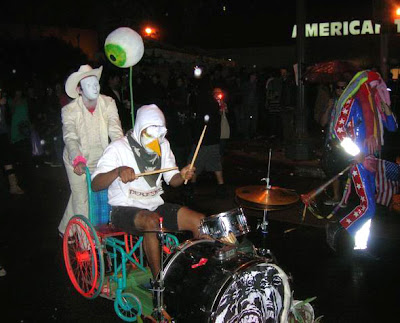 We had a similar kit, and I found the process hard to photograph. Even the butterflies had to be urged to open their wings and look pretty for the camera.