My previous attempts at attaching skirts to shirts were not up to kokoleo standards, but I got it right this time, and then I made a bunch more (coming soon). 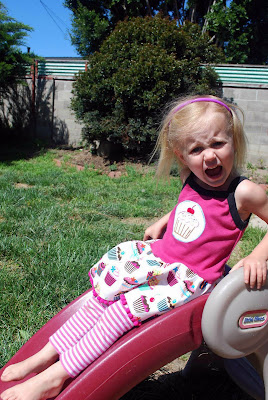 There's only one dress like this one though, and it's McKenna's because that's all the cupcake fabric I had. The embroidered cupcake on the top is from a Sublime Stitching pattern I stitched when I took an embroidery workshop taught by Jenny Hart at Reform School. I blogged about it here last summer.

You know those old Reese's Cup commercials where someone with chocolate stumbles into someone with peanut butter and they realize it was meant to be? That's kind of what it was like last month when I found that cupcake I embroidered... I instantly thought of this new cupcake fabric I got... and then all the cherries reminded me of this tiny pom pom trim I have... and that's the same color of this shirt I saved for just the right project... and before I knew it I was at the part where I sew in the label. That's the best part. 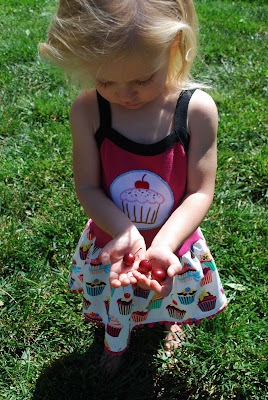 She found these underneath the Japanese plum tree in our yard. She said, "Look! These look like these!" They really do. 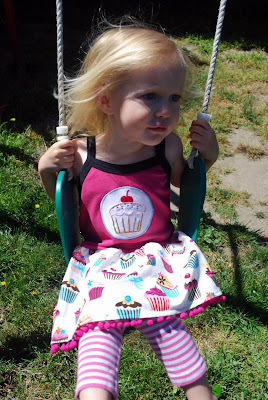 She loves this swing. But she hates going slow. She wants to go "Fast!" and "High!" and "Higher!" and "Way up into the sky!" It gets tiring pushing her sometimes. The next 3 pictures are for the grandparents who live on the other side of the country. 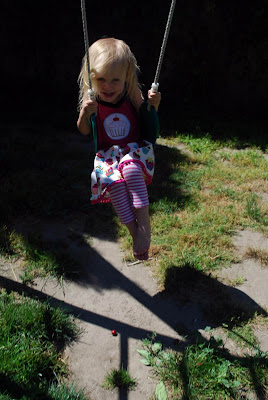 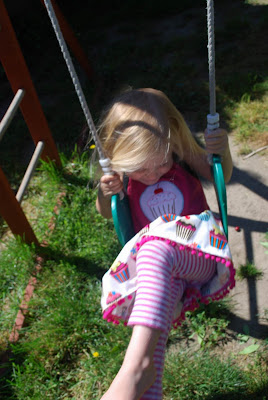 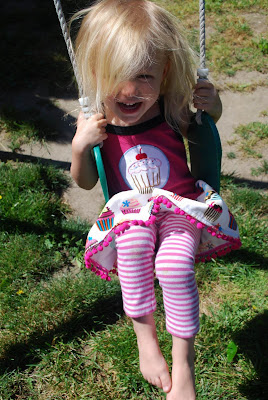 If you scroll up and down over and over, it's kind of like you're in our yard pushing her. 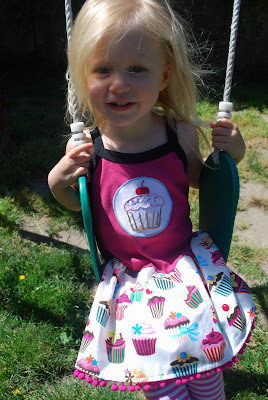