McKenna told me she wants to be a rock star when she grows up (in addition to pilot, ballet teacher, and hair stylist.) Last month when we were visiting the Experience Music Project at the Seattle Center she saw a recorded performance of Gwen Stefani singing with No Doubt on the the huge screen in the lounge. Her eyes were wide and she looked at me and said, "I want to do that." Yesterday she asked me a profound question, "How do I get people to give me money to sing and dance on a stage?" I told her that's the thing grown ups always try to figure out - how to get people to give you money to do the things you love. That didn't answer her question though, so I told her if she just keeps doing what she loves and never stops, she will find herself in places with stages and she'll sing and dance and people will notice.

She and Erik started a band. It's called Jack & Jill. He's Jack, she's Jill. He plays guitar and she sings and bangs on one of the many instruments we have in our music chest - drums, triangle, kazoo, various shakey things. They perform covers of Three Little Birds by Bob Marley, Day-O by Harry Belafonte, punk versions of Mother Goose rhymes and originals like Flowers Everywhere, a song McKenna made up. Their first album, coming someday, is called Jack & Jill -- Your Favorite Band!

Truth be told, they really just make a bunch of noise that gives me a headache so I usually hightail it outta there and let them have their daddy/daughter time. Every now and then Sage and I are summoned to the rec room for concerts, which often culminates in Erik going off on some screaming guitar riff and McKenna shouting, "JACK! STOP THE MUSIC! STOP THE MUSIC JACK!!"

This summer, I found this circa 1970s sweatshirt for a dollar at a garage sale and had to get it for her. 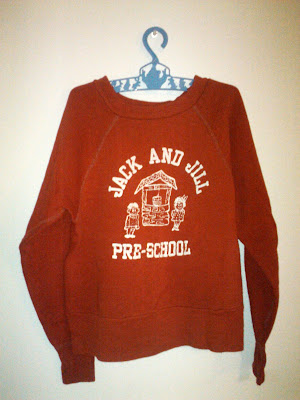 It was a bit boring though, so this past week I turned it into something more her style. 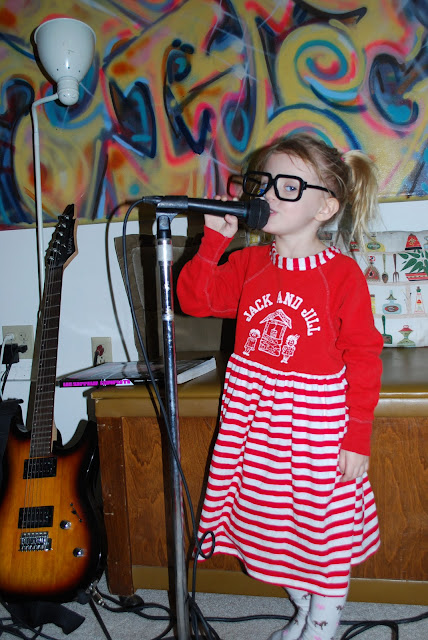 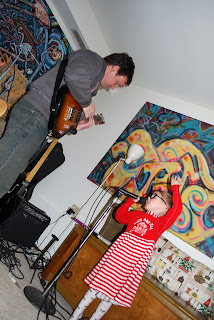 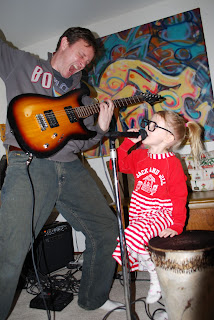 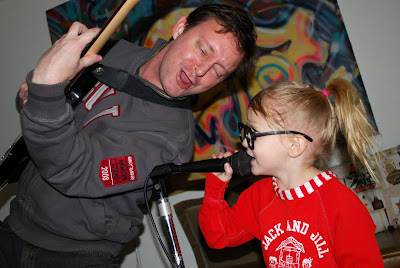 They're my favorite band.
Posted by Unknown at 12:56 AM

This is so freakin' awesome!