Thrift Thursday... For the Family

Wait, it's Thursday already? The week went by fast. I had plans of photographing some of my collections of thrifty treasures (vintage mugs, stationary, wrapping paper, fabric)  but never got around to it. I've been pretty busy with commissions, which I haven't blogged about either. That's next on the agenda. But this afternoon, instead of doing any of that, I went shopping. It's was half-price day at Value Village and I found some awesome deals. Armed with $58 I made off a recent pillow commission, I got all this: 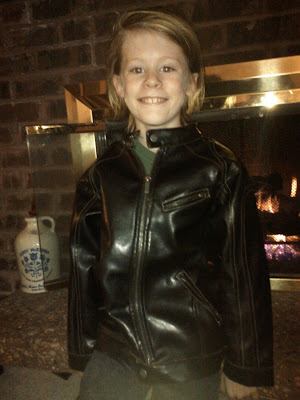 A Kenneth Cole faux leather jacket in shiny new condition for Sage. 5 bucks (originally $9.99). Even he admitted it was pretty cool, and he's pretty picky when it comes to his clothes. He also got a Shawn White flannel and Mossimo cords for $5. Pants, a shirt and a jacket for $10 - not bad considering they would have gone for about $100 retail.

McKenna got this shirt and embroidered jeans: 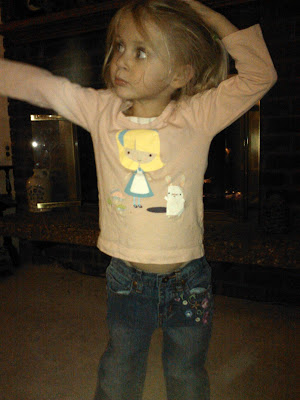 for $2.50, and a striped shirt, black velvet Levi's, and these rain boots, which I wish could fit me: 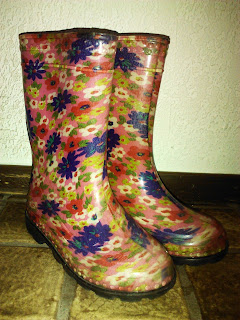 The kids also got to pick out one toy each, the getting of which was dependent upon their behavior in the store (yes, I bribe them). Sage got a Nerf Super Soaker ($4) and McKenna got a Playdough tiki pirate ship playset ($3). Toys weren't on sale but it was a small price to pay for being allowed to shop in relative peace.

McKenna also got these CDs: 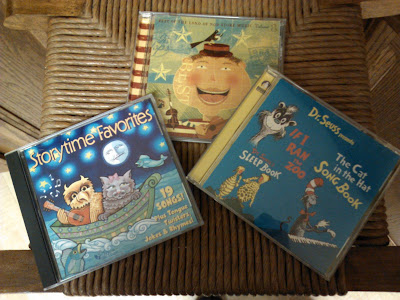 because she listens to music every night and I was getting tired of the same old songs. We listened to most of them when we got home and they're great. ($2 each, not on sale) She also asked for this book: 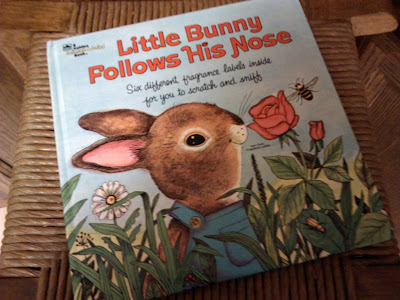 Which freaked me out a bit because I had this book as a kid and loved it. It's a scratch-and-sniffer and though it's lost all it's sniff-ness, for 69 cents I had to get it.

It was slim pickins for kokoleo finds, but I did get this Shakespeare linen: 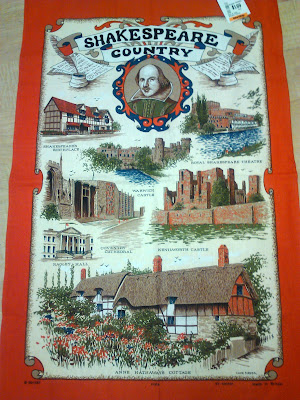 for 99 cents. I'm envisioning a pillow or tote in the near future, the perfect gift for some Shakespeare nerd. (As a former English major, I know they're out there.)

I also got Erik a pair of Steve Madden shoes for $2.50 but he told me if I post a pic of them on my blog he won't wear them because he doesn't want people commenting on his blogged-about thrift store shoes. But he liked them.

Finally for myself, I found some new-with-tags running pants for $5 and this frilly top and flower pin: 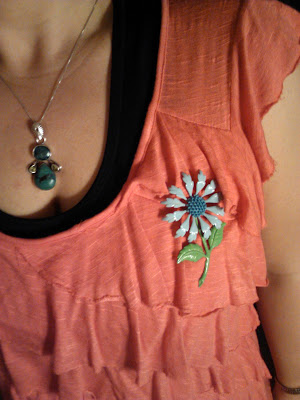 for $5 total. And I, unlike Erik, don't mind if you comment on my thrift store finds.
Posted by Unknown at 10:51 PM