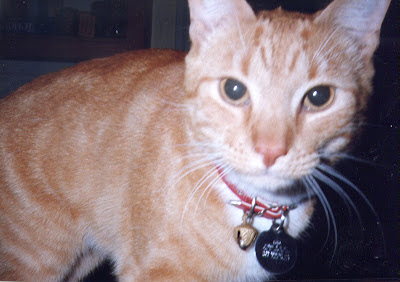 Last night around 11:30, Erik was in the kitchen and Kali came in acting strange. Erik followed her into the living room where he found Leo laying in his usual spot but moaning and gasping. Erik called for me and I came running in from the sewing room. We both stood there panicking and in less than a minute we watched Leo take his last breath. Later, I held the flashlight as Erik dug a grave and we buried him in our backyard.

And that was it. No warning. No long , sad, drawn out illness like with Koko. That day, we'd seen him around the house just like normal. The night before, he sat on Erik's lap while we watched a movie and slept at my feet in bed all night.

I'm still in shock. I can't imagine our lives without Leo. He's lived with us in every house Erik and I have inhabited since we've been together - the "Dam" house by the river in West Virginia, on Drayton St. in midtown Savannah, then back in West Virginia on Shoe Lane, At the "Funny Farm", and in Bedington, then across the country to our house in Glendale and then here in North Hollywood.

He watched Sage come into our lives. . . 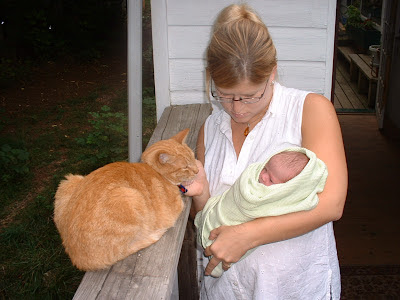 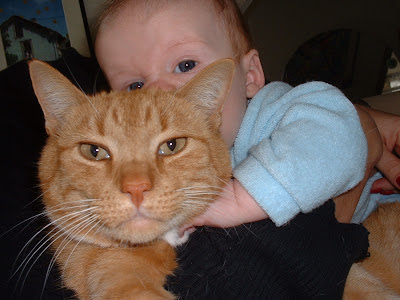 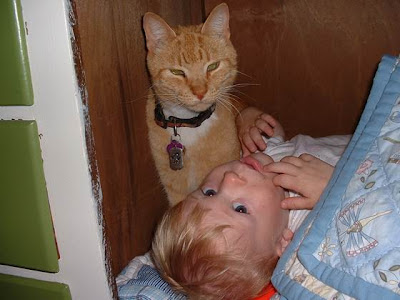 and has been a patient, tolerant, loyal friend to him. 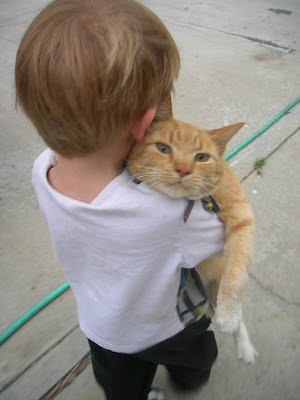 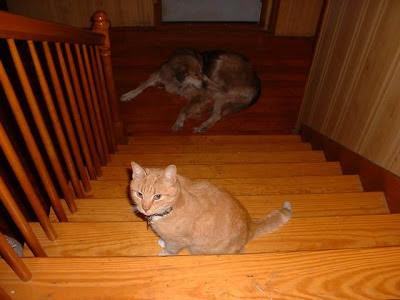 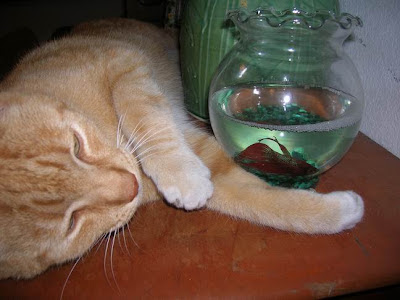 and accepted Kali into our family. 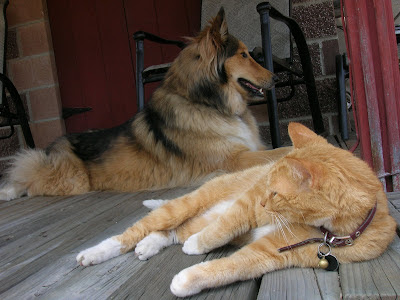 He's been a fixture of our lives for the past 11 years. Erik and I often remarked how lucky we were that we had a cool cat, not one of those cranky, aloof, hide-under-the-bed-when-company comes-around kinda kitties. He was spunky and adventurous and tolerant of little boys and big dogs and he would even shake your hand if you asked him. He was independent but also very loving, especially when we were eating ice cream or cereal. During both of my pregnancies he would sit on my lap, curl around my belly, and purr.

Now both namesakes of (my business) kokoleo are gone. I like to think Koko was waiting for him when he left this world and they ran off together, Koko nipping at his tail as he hopped like a bunny across a big green field. Is that cheesy? That's how I remember them. I think it's fitting I named my business after them. They were both fun, independent, silly, unique, and loyal and they taught me a lot about what's important in life. 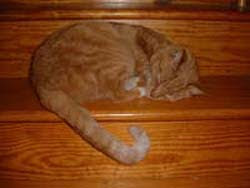 KB, this is a really sweet memorial to a great cat. I'm sorry for your loss.

Sorry to hear about your loss.
Your tribute to Leo is very touching.
I hope Sage is taking it okay
-rachel

This is so sad. Leo was awesome! He even liked hanging out with Becky and me when we were there. Both he and Koko live on with everything you make.
Love,
Becky and Andy

So sad! I had to show the photos of Leo and your boy to my husband (who also had a faithful cat when he was young). He truly looked like a wonderful cat.

Thanks everyone. It's been two weeks and his absence is evident. If you have pets, go scratch them behind the ears and kiss them on the nose right now.