I had the urge to check out a yard sale this morning in Silverlake that I saw posted on craigslist - Vintage clothing! Fabric! Sewing supplies! Cool stuff! - but I resisted. I have to keep telling myself that I need to use up what I have before I accumulate any more. I did, however, use that needlepoint owl I got the other day. Last night I turned it into this: 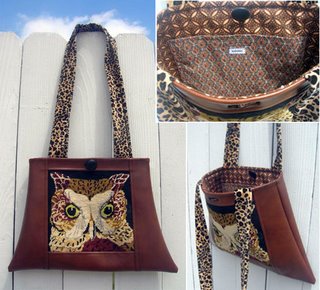 I have to turn it around to face the wall though because those eyes won't stop following me. It's like the 70s all over again with all these owls in my sewing room.

I didn’t even leave the house today. This afternoon Sage and I picked loquats off the massive loquat tree in our backyard: 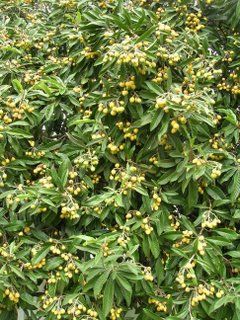 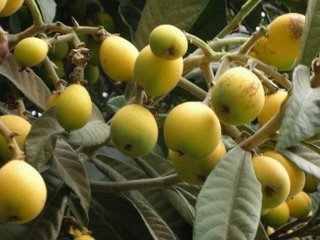 When we first moved here we didn't know what they were. Avocados? (they were green at first). Pears? I dissected one and looked it up on the internet and discovered that they were called loquats and they were edible. And goooood! They taste like the cross between a kiwi and a pear. Trouble is, they don't last more than an hour after you pick them. So what's a family to do? Why make loquat daiquiris of course! (Sage's was sans rum). 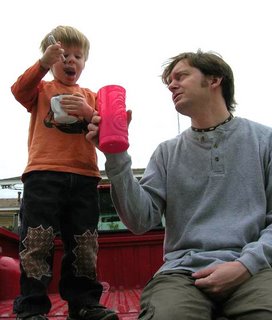 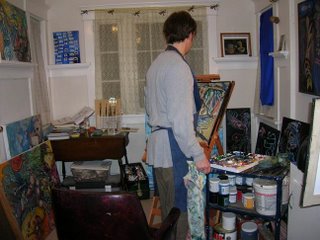 Our poor breakfast nook has suddenly become a painting studio. At least Erik moved out of the computer room and I’m no longer being overtaken by fumes. He has a show coming up and has been painting up a storm for it. I love the guy, but he sure does make some crazy/obnoxious/vulgar-but-hilarious art. He’s particularly fond of butts and boobies.